My 13th Diabetes Anniversary was on March 17th. It was a wonderful day of celebration with friends and family. Thank you everyone for your kind words!

Our adult son, Brent, is self-employed and has been uninsured for almost 20 years because he was unable to find a plan he could afford, or an insurance company that would be willing to provide him coverage,

due to his type 1 diabetes. This left him having to pay out-of-pocket for all of his supplies and insulin, which has been financially devastating for him.  Are there any other options out there for him?

I’m so sorry to hear about the struggle that you’ve all been through to try to get basic health insurance to cover Brent’s diabetes supplies.

The American Diabetes Association has a wonderful (FREE!) resource that you can use – Center for Information and Community Support. This is the best diabetes resource I’ve found yet…they will find your answer. They have wonderful professionals on the phone, live, to speak with you.

Please keep me updated on what you find out.

UPDATE: That same day Connie called me on the phone and she was practically in tears because the ADA had forwarded her the information about “Pre-Exisiting Condition Insurance Plan” (PCIP). Their purpose is to: “make health insurance available to people who have had a problem getting insurance due to a pre-existing condition.” She had never heard of this before, neither had I. I talked with Connie last week, “He was just approved for coverage he can afford under the Texas Pre-existing Insurance Plan. This has changed his life, and ours, and we are so grateful.”

Health insurance is critical for people living with diabetes. With no insurance there’s very little likelihood that you can afford all of the supplies you need to stay in good control of your diabetes. President Obama passed the Affordable Care Act two years ago on March 23rd. This is why we now have Pre-Exisiting Condition Insurance that is now made available to people in the United States. A blessing indeed.

To find out more information about PCIP click here…

I had only had diabetes for two months when my parents forced the idea on me to go to diabetes camp. My Mom, who I considered a strict parent, approached me to talk about going. Though she was broaching a topic, as my father always says, “What Mama wants, Mama gets.” I remember her going on and on about how she thought this was going to help me better cope with having diabetes. I told her I wasn’t interested in listening to her ideas. Besides, I had two beach parties planned that last week of August that I cared more about then going to a place that she told me was called Camp Needlepoint. Camp Needlepoint? Though I love my mother dearly, I thought she had lost her mind. The last place that I wanted to spend a week of my summer vacation was at a place where I wore a Camp Needlepoint t-shirt and had to sit in long educational sessions about what diabetes is, how I should be treated, and the serious complications that I would get if I didn’t listen.

My Mom was the Mom that would constantly remind my brothers and I that her job wasn’t to be our friend, but to be our mother. She trumped my opinion on camp and brought my Aunt Roxane for reinforcement. They packed my bags as we departed Baxter, MN for the long 4-hour drive to Hudson, WI where they dropped me off for my week at camp. I had never even met another person living with diabetes, except for my little brother. I didn’t want to be the sick kid or the kid that everyone threw sympathy votes at. I made my Mom promise me that she would pick me up at the earliest time possible on the last day of camp. I sulked off to my bunk bed in the platform tent and just cried. This was not the life that I had thought for myself.

A young girl, around my age, walked into the tent and crawled up on my bed.

“Hi, my name is Nicole and I’m from Babbitt, MN. Where are you from?”

I choked up my tears and said, “the Brainerd Lakes area.”

“Cool. I come to camp every year and just love it. We’re going to be the best of friends.”

Nicole seemed so normal. Her blonde, bouncy curls followed her as she went to set up her bunk. She seemed nice, pretty, and the girl at school who all the guys would want to date. But wait, she has diabetes, just like me? She seemed so happy and didn’t even ask me about my diabetes when we met. Another girl was sitting on the bottom bunk eating Starbursts. I looked again, and yes she was eating candy. I remember back to when Brittney shoved the piece of cake in my face on the day I was diagnosed and announced to my friends that I couldn’t have sugar anymore. I said to Breanna who was eating the candy, “Aren’t you going to get in trouble for eating sugar?”

Breanna looked up at me and said, “Just because you have diabetes it doesn’t mean you don’t eat candy.”

I will be forever changed by camp. There were kids as young as five and up to eighteen years old that had type-1 diabetes. For once in my young life I didn’t feel so alone. That week I didn’t learn how to live life with diabetes, but instead to live life despite having diabetes. The kids around me were going through the same daily struggles as me and they were living life to the fullest. I learned to rock climb, sail, be a better artist, and sharpen my acting skills in the Camp Finale Play. Nicole and I called each other twin sisters separated at birth. We even slept in the same bunk bed at night because we couldn’t be separated. She would tell me who her dia-

Nicole and I with our "diacrushes"

crush was at camp (guy with diabetes who we were crushing on that day) and then I would give my thoughts and then report on my own. When the last day of camp came around my Mom was there promptly at 10am. Her and Nicole’s mother had to practically pull us apart. That week Nicole taught me that I could still be me, even if I did have diabetes.

To find out more information about finding an American Diabetes Association Camp near you click here.

With my involvement in the diabetes community I’m upset at my own people for not giving more support to Paula Dean. My personal opinion on it is that

everyone goes through a different mourning period when they’re diagnosed with a chronic illness. Who are we to judge her on her timeline? Also, the diabetes community (and media) embraced Bret Michaels when he (after years of having type-1 diabetes) 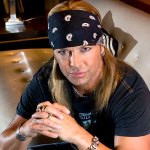 decided to start being more public about it on Celebrity Apprentice. Is he the picture perfect diabetes lifestyle? No. But he was embraced because he at least was willing to come out in public and raise money and awareness. Why is our opinion of Paula Deen different?

Or take Halle Berry? The diabetes community (and the world) don’t even know what type of diabetes she has. “In a December 2005

Daily Mail article about Berry and her diabetes, the paper said she had Type 2. In a 2006 New York Times article, the Times said

she had Type 1.”  She herself said, “I’ve managed to wean myself off insulin, so now I’d like to put myself in the Type 2 category.”

The American Diabetes Association had to come out with a statement saying, “We don’t want people with Type 1 to hear about this and stop taking their insulin,” said Diane Tuncer, the association’s director of communications.”After hearing one story about a celebrity, people shouldn’t begin questioning their treatment. No one should stop treatment without consulting their physician,” she said.

So for one she’s not even putting out correct information about the disease, and two she’s been unwilling to do any good for diabetes unless it concerns going to the celeb-filled Carousal of Hope Ball in Beverly Hills every other year for diabetes. That’s it. She’s the most beautiful woman in the world and one of the most well known. She could do so much for the cause and chooses not to.

My respect with Paula is she’s always been true to herself, she now has a chronic illness that unfortunately has some conflicts with the whole empire she’s created but at least she’s trying, and she came out when she was ready. Let’s applaud celebrities who are you using their celebrity to help out our cause of diabetes. And let’s remember that none of us are perfect. With 25 million Americans having diabetes and it costing the country hundreds of billions of healthcare dollars we need any diabetes advocate we can get.

Halle Berry…I’m waiting for you…

Friday started out with a lot of promise. I was looking forward to the weekend ahead. I was going to a good friend’s birthday dinner at some new restaurant in Minneapolis that night. As my day went on though my blood sugars would not drop below 300 (the normal range is 80-120). I had been prescribed Prednisone that week and because it’s a steroid it really ups your blood sugars. I was pumping 3 times the amount of insulin that I usually would take into me and my numbers wouldn’t drop. I describe having a high blood sugar sort of feeling like you have a bad case of the flu. I felt miserable. Frustrated. Mad that my weekend plans were escaping me. I was so dehydrated that my friend came to my house and brought me to the Emergency Room to get checked. As hard as I’ve worked over the years to cope with having diabetes, these are the times that I’m reminded that I have a chronic, incurable illness. I don’t want to be the sick kid. I want to do everything that everyone else gets to do. I felt guilty that my friend Kristen’s evening was now consumed with sitting with me at the hospital as I got fluids and test after test taken. I was discharged 5 hours later.

When I go through these experiences, yes I’m sometimes very mad at the situation I was given (with diabetes), but then I’m reminded of all the incredible blessings. The days where I’m feeling healthy I’m so grateful for the body that God gave me. I look to Kristen whose gift of friendship is immeasurable in my mind. These moments empower me to work harder at finding a cure for diabetes for me, my younger brother Will, and the other 25 million Americans that live with diabetes.